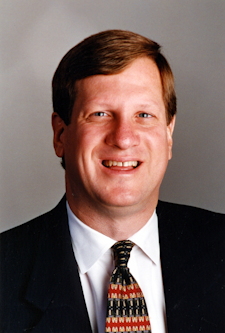 Educated at Yale Law School, Lee Strobel is the former legal editor of The Chicago Tribune. His awards include Illinois’ highest honors for both investigative reporting and community service journalism from United Press International.

Lee has written for a variety of magazines, including New Man, and has been featured in numerous national television and radio programs.

Lee was an atheist for most of his life. He thought that the idea of an all powerful, all loving God was just silly. He believed that evolution was where life came from, so what do you need God for? Lee’s self-motivation for living an atheistic lifestyle was steeped in making life work his way right now. As he put it, “My life was focused 100% on journalism.”

The challenge of Lee Strobel’s message is that we must be willing to reconsider the basis for our lifestyle, and have the courage to change course in midstream if the evidence demands it.